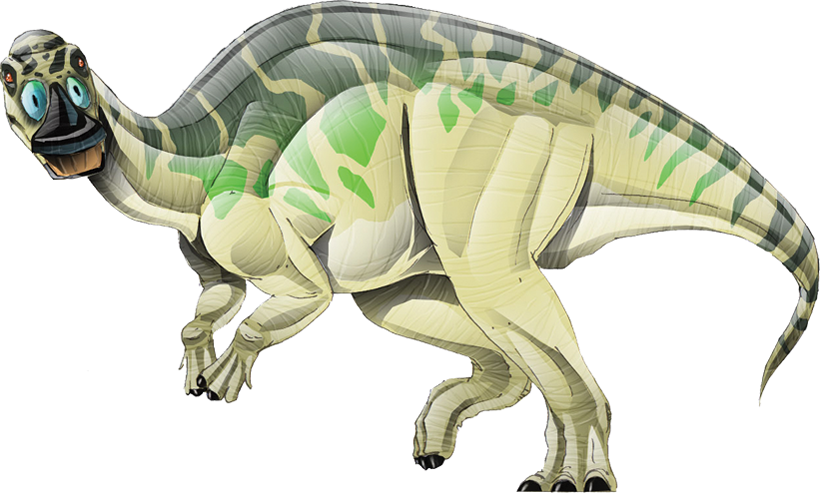 A specimen of Edmontosaurus found in Alberta revealed that this dinosaur had a fleshy frill on its head, like a rooster’s comb. Edmontosaurus was a large duck-billed dinosaur, but some of the largest individuals discovered were previously thought to represent a distinct giant species named Anatotitan. The large skeleton on display at the Carter County Museum is an example of an Edmontosaurus that was previously called Anatotitan.

Displayed along the Montana Dinosaur Trail: