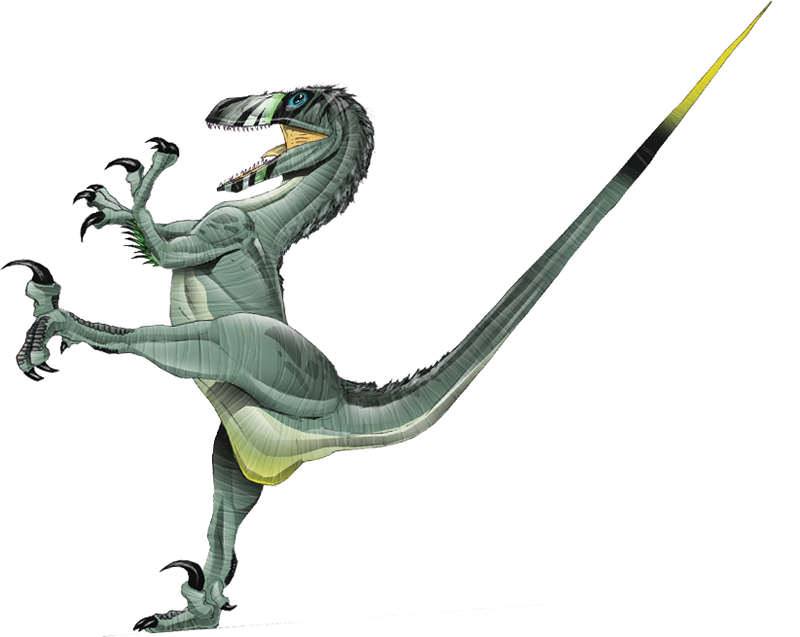 The discovery of fossils of Deinonychus in Montana in the 1960’s revealed that dinosaurs were much more bird-like and active than previously believed. Deinonychus, Velociraptor, and other dromaeosaurs (sometimes called ‘raptors’) were closely related to modern birds and fossils indicate that, like modern birds, they had feathers.

Displayed along the Montana Dinosaur Trail:

Museum of the Rockies